Who will pull India and Pakistan back from the edge this time?

During previous bouts of militarised aggression between India and Pakistan, US presidents used personal diplomacy to convince both sides to pull back from the brink.

Such was the case in 1999 during the Kargil war and then again in 2002. Similarly in December 2008 Condoleezza Rice, then US secretary of state, travelled to India to persuade the government to pull back from a planned severe response after the Mumbai attacks, putting the onus on Pakistan to cooperate transparently. 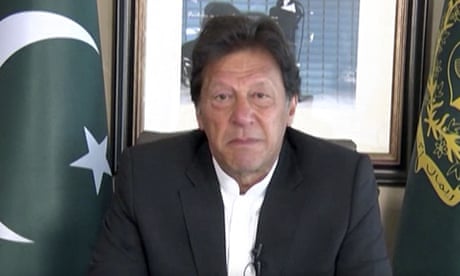 It is doubtful that today either President Trump or his secretary of state, Mike Pompeo, has the same leverage in the region as their predecessors. The more unipolar world in which some recent American presidents operated has passed, replaced by a new era of Great Power competition between the US, Russia and China.

Also, Trump has shown little interest in being even-handed in the region, increasingly siding with India and shunning Pakistan partly due to accumulating American suspicions about the role the Pakistani military has played in covertly tolerating terrorist groups on its soil and in Afghanistan, a charge Islamabad fiercely denies.

Trump made his attitude towards Pakistan clear in January 2018 when he tore up plans for $1.3bn (£980m) of military aid and imposed sanctions for Pakistan’s alleged support for terrorist groups. On Twitter he bluntly accused Pakistan of “providing nothing but lies and deceit”

By contrast, the US president has feted India’s Narendra Modi, openly hailing his leadership, signing multiple military cooperation deals and renaming the US Pacific Command as Indo-Pacific Command in 2018.

But American influence in the region has also fallen due to plain neglect. Trump’s attention has been elsewhere, focused on toppling Nicolás Maduro in Venezuela, making friends with North Korea’s Kim Jong-un and seeking to squeeze the regime in Tehran hard enough to prompt an Iranian middle-class revolt.

To the extent that the US is diplomatically active in the region, it has been to secure a peace deal to end the Afghan war and bring US troops home. There is, for instance, no US assistant secretary of state for south and central Asian affairs. The deputy assistant secretary, a career diplomat, Alice Wells, is highly regarded, but does not have the political clout of Rice, or Richard Armitage, the US deputy secretary of state at the time of the 2002 crisis, a man with two decades’ worth of contacts with the Pakistan military.

There is also a sense that this crisis flared with little warning. The Kashmir dispute has rumbled on with repeated shootings across the line of control, punctuated by larger-scale terrorist outrages, but there was no prior intelligence of a major terrorist attack on Indian army recruits, let alone one large enough to prompt warplanes to fly across the frontier.

The US is not alone in being blindsided. The subject was totally absent from discussion at the Munich Security Forum at the weekend. Not a single question about the looming conflict was aired, for instance, during hour-long Foreign Office questions on Tuesday. That is quite remarkable given the UK’s role in the birth of the two nations in 1948, and the large Kashmiri population in the UK.

Since Tuesday, Pompeo has scrambled to catch up, urging both sides to “exercise restraint” and avoid an escalation. But given the longstanding US intelligence assessment of how quickly a war between these two countries could spiral out of control, the lack of urgency in Washington is notable.

The withdrawal of America as a neutral powerbroker has left China with a degree of diplomatic influence over Pakistan that it could not claim two decades ago. China has provided Pakistan with nuclear and missile technology and equipment, conventional arms and – under the China-Pakistan Economic Corridor – billions of dollars of investment in strategic projects, such as the port of Gwadar.

China may yet prove to be the more decisive diplomatic influence in enforcing restraint. Pakistan’s Khyber-Pakhtunkhwa province, not far from where Indian warplanes struck on Tuesday morning, is a major site of Chinese investment. The $1.3bn (£980m) 70-mile Thakot-Havelian road project passes through Mansehra, a district where the Indian air attacks took place. A major hydropower project is also under construction. Further military action in the area could jeopardise that investment.

“We hope that both India and Pakistan can exercise restraint and adopt actions that will help stabilise the situation in the region and improve mutual relations,” the Chinese foreign ministry spokesman Lu Kang said.

Ultimately though, it may be the existence of nuclear weapons that pulls the two countries back, rather than outside intervention. With an army more than twice as large, backed by superior weaponry and with an economy 8.5 times the size of Pakistan’s, India can strike hard. But military analysts say this imbalance means Pakistan’s threshold for the use of nuclear weapons is relatively low; a direct attack by India could have incalculable consequences.